THE WOMEN’S REVOLUTION IN KURDISTAN

Last year, we went to a public meeting with Kurdish women and we were struck by the braveness and the evolutionary thrust coming from the choices they made. We asked to Nicola and Francesca, recently returned from the war zones in Rojava, to tell their impressions about their experience.

Before the creation of the PKK, the Kurdish Liberation Movement, some women had already begun to develop a certain awareness of the oppression women are subject to in the Middle East and in the Kurdish culture itself. Abdullah Ocalan, founder of the Kurdish Workers’ Party and now a prisoner of the Turkish state, succeeded in affirming and exploring this research to the roots of oppression, starting back 5000 years ago, when authoritarian and violent peoples who lived as shepherds destroyed an advanced culture where women and men lived harmoniously, where fertility and abundance were held as true divinities of humankind. Ocalan affirmed with growing awareness the need for women to take an active and central role in the social revolution, and to begin to destroy patriarchy.In the beginning, they thought it could be possible to work on this project together, men and women, but soon they understood that men tended to reproduce somemechanisms of domination; thus, they decided it would be better to work separately. 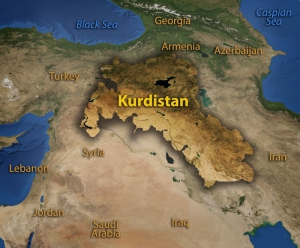 What we found in Rojava shows a strong and self­aware presence of women in the streets; more and more frequently, they meet with each other, discuss and show their unity and sense of strength toward a deeply Islamic and patriarchal society.

In just four years an ever­increasing number of women­only spaces, self­managed and active in society, was born. For example: self­defense with the women of YPJ, a people’s militia able to defend the whole community from armed attacks.

Younger girls, in particular, may found in this environment a way to escape from family oppression and come back home with a new awareness and being welcomed with more respect.

When we talk about social interventions, creating cultural, political and social centres for women strengthens a feeling of solidarity and self­defense within their everyday life: within the family, the neighbourhood, the village.

Jineology classes (jin means woman) are actual tools of liberation striving to shed light on the falseness of all patriarchal constructs: the family, the couple, the state, the prison, religion, allowing them to learn how to manage conflicts and to behave as a creative and productive part in society. 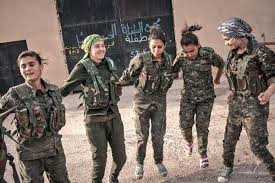 Any local assembly, at any level, from bottom to top, is half composed of women (50%), and by all ethnicities in the area. Another significant organisation is Y­Star, working mainly on gender violence. In a society where honour killings are still present, where women are killed by their families, Y­Star works on restorative justice, looking for creative remedies to the inflicted damage and trying to find solutions that are shared by the parties, not imposed on them, with the family, the community, the woman, the man… and trying, in the end, to put into practice a way to avoid the use of prisons.

A case reported by an Argentinian volunteer told us of a girl who had run away from her family because she couldn’t stand the atmosphere, and her father wanted to kill her for the dishonour she brought on them.

The community, with women at the front, worked as intermediary. They talked with the father before he could find her, and he changed his attitude completely… There were two elderly women who were the ones who worked on the situation and the dialogue with the father. The daughter was accepted back by her family and assemblies and open meetings have been going on.

The issue of women returning from self­managed and powerful spaces supporting them, to an oppressive society full of closed, authoritarian males is still an open challenge. They are beginning to work on that, but they’re still at the early stages… as long as thousands of women grown in the YPJ, in the meetings, associations, women’s councils, come back to their everyday life we’ll see how this work will affect society.

Indeed, the average family is organised on a traditional and patriarchal form, with women working for the men, cooking, cleaning and taking care of the children, often apart during meals or when guests are in the house. 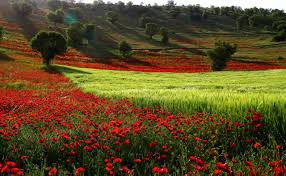 Social spaces like Qamislo radio, youth and cultural centres, though, are alive with equality and complicity between women and men… these are the bases for a new society. The relationship with nature as reversed: from an exploitation economy lined to pastoralism to a return to the earth as a mother, to cultivate, fertilize with natural products and good seeds. They are now returning to the use and production of herb-based creams , reconnecting with the women’s knowledge of alchemy of times past.

One of the reasons women, among others, are affirming in their struggle against the IS, against exploitation, repression and oppression by the Turkish, Iranian, Syrian states and by the patriarchy, by the past and present Iraqi state and confederations, is that their growth and revolution is made in the name of all women and oppressed peoples of the world, with the wish to liberate more and more people from thehorrors of war and domination.