Matrikas are defined as tiny mothers of “creation” who represent the deep roots of each vibration of sound from which letters, words and language are shaped.

Martika is the subtle strength that is behind the thought and the word. Matrika is the force that can cause a spark, a movement that can change people life. Matrika reveals itself when awareness starts to walk the new path.

“Oh Goddess, the whole universe from Brahman until the earth is filled with matrika, which is filled with the glory of the Supreme Consciousness ego” (Tantrasadbhava 900 A.D.) 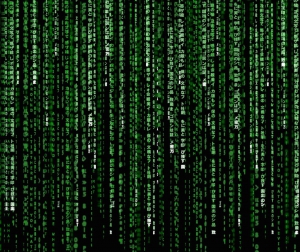 The basis of every world, created inside us by the Consciousness, is located in the alphabet letters. Words and letters create thoughts, thoughts generate feelings and emotions: happiness and unhappiness, sadness and cheerfulness, love and hate, jealousy, fear, desire and anger. You can experience directly the power of words. If you try to sit down quietly, you’ll notice how easily letters and words arise spontaneously from you. Try to think suddenly:” I’m inadequate”. The letters joined together composing words, words created a sentence, the sentence has a meaning and this has an effect. When that idea comes across our mind, a suffering is generated. Now try to think: “I’m clever and beautiful”. As soon as this thought is given birth, you feel happiness.

Take your time to listen to your body’s answers since you think “I’m inadequate” to “I’m clever and beautiful”.

Allow your sensations to emerge and to make this experience given.

This is how the letters create your feelings.

It is declared in Shiva Sutra, an important text of Kashmir Shivaism and of  Trika philosophy, that the power of giving birth to these letters and words is named Matrika Shakti: the energy connected to the alphabet’s letters. Matrika Shakti is considered as an element of the Universal Consciousness hidden in the words. Matrika doesn’t revealed itself till the Conscious (Shiva) grants it, showing the interdependence between energy and consciousness.

Matrika is also that power that makes our mind run. All along, our thoughts flow inside, creating countless words and so thoughts and feelings..

All  along, the individual conscious wanders between these interior worlds, experiencing pleasure and sorrow. 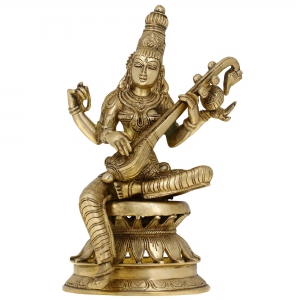 Matrika Shakti represents the source of our sense of entity and division. As an aphorism of Shiva Sutra explaines:

Jnana dhistanam matruka. ““Matrika (the power of sound inherent in the letters of the alphabet) is the source of unlimited knowledge.”( Shiva Sutra. 800 AD)

Because of these unaware ideas generated by the action of Matrika Shakti, we have  considered more ourselves as defective singulars than as part of the Whole, watching the duality of the universe instead of realizing our unity; we’ve preferred to become  executors of limited actions than explorers of our capacities, living our true Self.

Therefore Matrika Shakti seems to be  responsible of our in-out subjection and of the progressive coming of Kali Yuga: the age of destruction, interpreted as permutation. Careless, we keep on watching the daily Earth exploitation, wars erupted because of the miserable needs of  the patriarchy and the women oppression in the world.

So, does Matrika help to increase what is defined as Maya( illusion-current world)?

But Matrika Shakti  can also free ourselves from its subjection, slowing down  the human being extinction. As our thought are able to weaken and restrict us, they can also make us being stronger and closer to the Self. When we consider us and the entire universe as pure consciousness , when we keep on thinking of ourselves as the Self, the letters, the words and the ideas shaped inside will be aware and this will help us to experience our human nature on Earth. 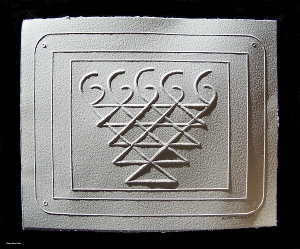 As soon as the play of Matrika Shakti is comprehended and our mind is  agitated, it is not because of us. We realise that the unruliness of mind is simply the play of Matrika, insensible to us. We are the internal observer (witness of this play) that watches the non-stop activity of Matrika. We make our mind fixed and overturn our unconscious thoughts in clearness.

If there’s no true will to get to the awareness, the creation derives from something which is already known, established and fixed.

We go after the crowd and, unconsciously, take orders. We smile and we pretend not to see.

The Chakras System shows how the sages tell us about the union of them and about two creative qualities:

In the first creative skill, a plenty awareness is not provided: the creativity of a woman to generate her son’s fingers. In the power of the fifth Chakra, a profound conscious and openness are needed. For this reason, Indian mystics attribute this creative power to the element of Akasha Space: a field of cosmic interconnections to the roots of reality.

So there is a network made by so many bows that represent different pasts eternally connected.

If we observed this network from above, we would realise how the whole is influenced by the whole itself. We would realise the importance of each entity in its singularity, fixed and centred, so that it can stretch its arm out  to connect to the whole. We would realise how our action influence everything around. As the domino effect suggests, we would comprehend that the development of the singular is the collective development: so we have the responsibility to live on Earth in harmony with ourselves and the others. Afterward we create a New Culture where the strength of Matrika Shakti, the tiny mothers of language, has no qualms about showing itself in its pure shape, creativity and harmony with the true nature of the world.

Together we can connect each other and express what a spiral draws:

The perpetual and circular motion in growth,

The infinite necessity to experience.

The infinite necessity to experience.