These can be the ways that teach us to slow down, that is to get out of our patterns and live.

What role does the stranger, sitting across from me in the bus, play in my life? What influence can he have on my thoughts, on my feelings and on my actions? Do I really think that my existence (birth-growth- death) on the planet Earth is lonely? Apparently yes, but physically I feel like saying NO. 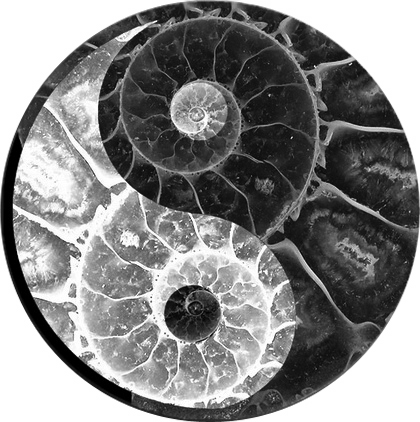 Often I find my mind formulating this thought:

What does it mean “WE ARE ONE”, as most wise men, shamans and spiritualists say?

What logical and rational answer can one give to his mind, in order to leave the essence of us naked apes rest in peace? To be able to live the simplicity of existence?

“WE ARE ONE” I associate it to “nothing is created, nothing is lost”, two of us to mirror, we are in two to create our own reality; without the manifest world I would not have the opportunity to make experiences in the body.

A man “A”, full of anger towards his employer, walking down the street … is going to explode at any moment; a man “B” insecure, submissive, who is easily taken his room from others, and who is never able to say no out of fear to be left alone, walking in the crossing street; they turn the corner and collide.

The man “A” rages against man “B”, blows up all the anger he had felt until one minute before towards his employer and spits it out to him who is in front of him right now; man “B” will be overcome, he is afraid, he would like to run away but he is petrified, he shrinks and would like to sink into the ground. We assume that man “A” is emitting a certain frequency simply because he is angry: red face, blood circulates quickly, warm hands, a lot of energy flowing up and down… We can imagine that the field coming from his hot body produces (+). Man B, however, is likely to emit a different frequency: his back is slightly bent to protect his chest (heart), his chin to his chest closes his throat (inability to communicate?), cold extremities, his field is likely to produce (-).

We have the saying “opposites attract”, we have the symbol of the Tao, here are the woman and the man.

By following these images, we can say that these two men have clashed into a meeting.

But the question arises … why have they met?

According to several ancient traditions, including the Indian, the Shamanic and some Western thoughts, we are here, incarnated on the planet Earth to make experience. To have this experience we are given an amount of energy to be used.

If we decide not to use this energy in an appropriate manner for our evolution and we keep it there … sleeping … what happens is that &quot;life&quot; takes the situation in its hands. Evolution wins over all.

“We collide” with someone who tests us. In the example of the clash between A and B, we can see on the one hand a man who can see and feel all the energy that flows in his body and which is available at any time, who can decide to use this energy in a more intelligent way by taking bold decisions for his life and his work, instead of pouring it on the first unknown; on the other hand we can see a man who can decide to use the energy of fear (which is what could give a sense of caution and carefulness) to be careful and precise in defining his space, without giving the right to anyone to cross it without his consent. Both these two men were given the opportunity to choose differently. Not to choose whether or not clashing, but to choose to live their energies, i.e. emotions in this case, with a different level of consciousness.

How come a person, who is found to be a victim, continues to live situations where that is just the role that he plays?

Eckhart Tolle in his book “The Power of Now” answers this question by talking about the body of pain, that the body needs to stay alive and therefore feeds on similar energy … i.e. pain. So one could say that it is the frequencies emitted by the bodies of A and B to attract such situations. It is a matter of a moment to be able to capture the moment before falling into the diagram, into the pattern and suffer in the newly-created situation, without being able to BE one’s own free will.

How can A and B behave?

They can bring attention.

They can decide to live and feel that energy flowing in their bodies (+ and -) with awareness, choosing to use the intellect to feel, listen and interiorly verbalize what the body is telling them.

Another example that I would like to make is very personal: after a period in Asia I visited my father in his Ashram in the Marches; he prompted me to give a lecture to his students about the experience and knowledge I got in the last two years. During this lesson, I had to do with a father who was criticizing me all morning … he put me in trouble, made pitfalls to discredit my basic Indian knowledge towards my more  contemporary research.

What should I do?

I listened to me … I noted that I wished to speak up and tell him to shut up … I could not understand … I had almost tears in my eyes. I accepted that a part of me wanted to do that, but I did not follow, and I decided to give a different direction to the energy of anger that I felt in me; I smiled inside, noticing how this energy at my disposal, if driven by intention and clarity, could go where I wanted. I found myself using my mind much faster than usual, so as to be able to give very precise answers: links are made between the various ancestral traditions of the world, modern studies and my own experience, albeit b

What had I done in those few seconds of doubt? I took my responsibility to feel what I felt, and I chose to live the situation in a different way.

By not pouring out my anger onto my father, I used the energy created by my emotion to…CREATE.

The students understood; at the end of the lesson my father paid me light compliments by saying that I would have not be able to stand the confrontation some time ago… that in the past I would have cried, or I would have shouted at him.

The power of intention

“In the universe there is an immeasurable, indescribable force which shamans call intent, and everything that exists in the entire cosmos is absolutely tied to the intent by a specific link.”

What is part of the foundations of our reality is the power of intention. Starting with the assumption that the mind has a strong influence on the reality, the intention is nothing else than a bow with its aim and the arrow that is shot. The force used to stretch well the bow is the emotional force. 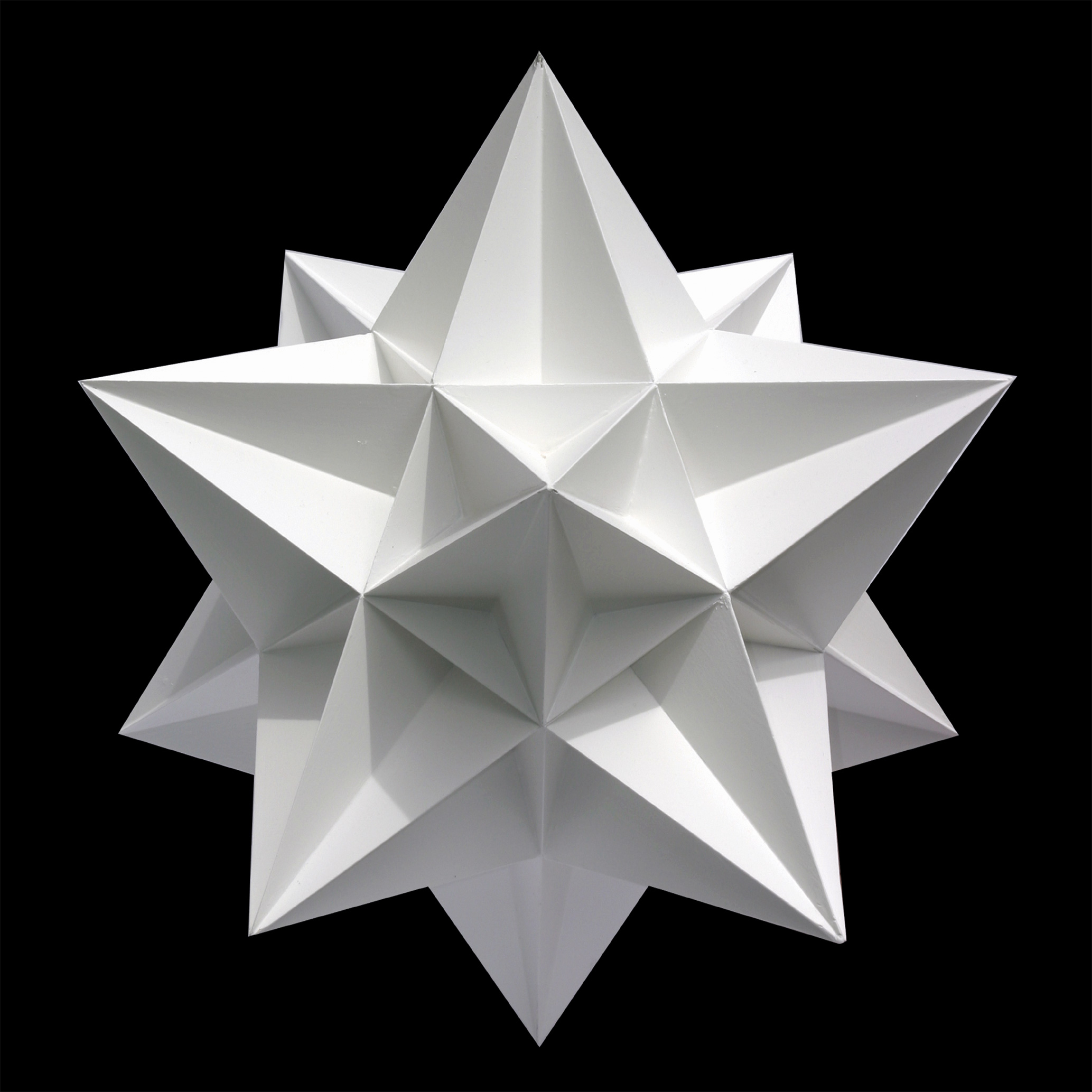 The bow is one’s thought.

The arrow is the intention.

With my intention (arrow), my emotional force (arm) and my thought (bow) I create my own

reality with the colors and shapes that I like.

“Intention is the starting point of a dream. It is the creative power that meets all our needs.” Deepak Chopra

In the Upanishads, ancient Indian scriptures (Vedas), the power of intention is thus revealed:

Once we are familiar with observing with our inner, quiet eye where our wishes and desires go (if they are automatic or if they are known, if they are healthy and for their evolution or simply selfish …), we can choose a practice that we feel to be consistent with our principles: Yoga, Tai Chi, Ortho-Bionomy, Chi Kong, growing vegetables, Ayurveda, Reiki, dance…

My suggestion is to go to the source, to test thoroughly, to be open and critical.

With the experience we acquire, we will create a kind of alphabet that we can use every day.

I personally use the alphabet of the 7 Chakras and of the 5 elements which, though they seem to divide the One in various areas, they make me have experiences that bring me to the Union with the All.

“But at the beginning you imagine it separate (the One), as a preliminary step to its knowledge”.

I see a red rose.

If I felt more immersed in the One, I would feel to be myself and the rose in the same place and at the same time. I would not have the curiosity to move, to get closer to smell the fragrance of this flower that pervades my body, to breathe it in…

In fact, I am incarnated on Earth with a body that choose every day to want to integrate itself more and more, in different ways, even conflicting.

I make experience of the One experience through this journey in the duality of the manifest world.

I play the game.