Infinite Potential: The Life and Ideas of David Bohm

Infinite Potential: The Life and Ideas of David Bohm

He was one of the 20th Century’s most brilliant physicists. Albert Einstein called him his spiritual son. The Dalai Lama relied upon him as his “science guru.” So why is it that hardly any of us know the name: David Bohm?

By telling the little-known story of David Bohm and evoking the realms he explored in his research, INFINITE POTENTIAL takes us on a mesmerizing and immersive journey into the mystery of Consciousness––through the use of hypnotic music and rich visual tapestries. The film includes interviews with luminaries such as H.H. the Dalai Lama, esteemed artist Antony Gormley, Oxford philosopher and physicists Sir Roger Penrose, and many more who were influenced by Bohm’s revolutionary work.

Growing up in a poor Pennsylvania coal-mining town during the Great Depression, David Bohm possessed a rare and maverick intelligence that baffled his parents and peers. After earning a scholarship to go to college, Bohm got the attention of the greatest minds in science, including Robert Oppenheimer, the father of the Atomic Bomb, who became his thesis advisor but would eventually turn against him.

Bohm’s explorations led him to intuit a hidden order to reality––the Quantum Potential––that underlies both the microscopic world of subatomic particles and also the macro world of stars and galaxies. Bohm had turned to Eastern thought and the wisdom traditions of India to talk about something that underlies all of creation––a realm that mystics have known about for millennia and modern science is only just beginning to explore. Bohm’s revolutionary ideas were way ahead of their time––a threat to the scientific orthodoxy. And that’s why he was dismissed.

Today, University College London and the University of Toronto are conducting experiments to prove the existence of the Quantum Potential, which could revolutionize human thought, our relationship to the planet––and David Bohm could well become a household name. 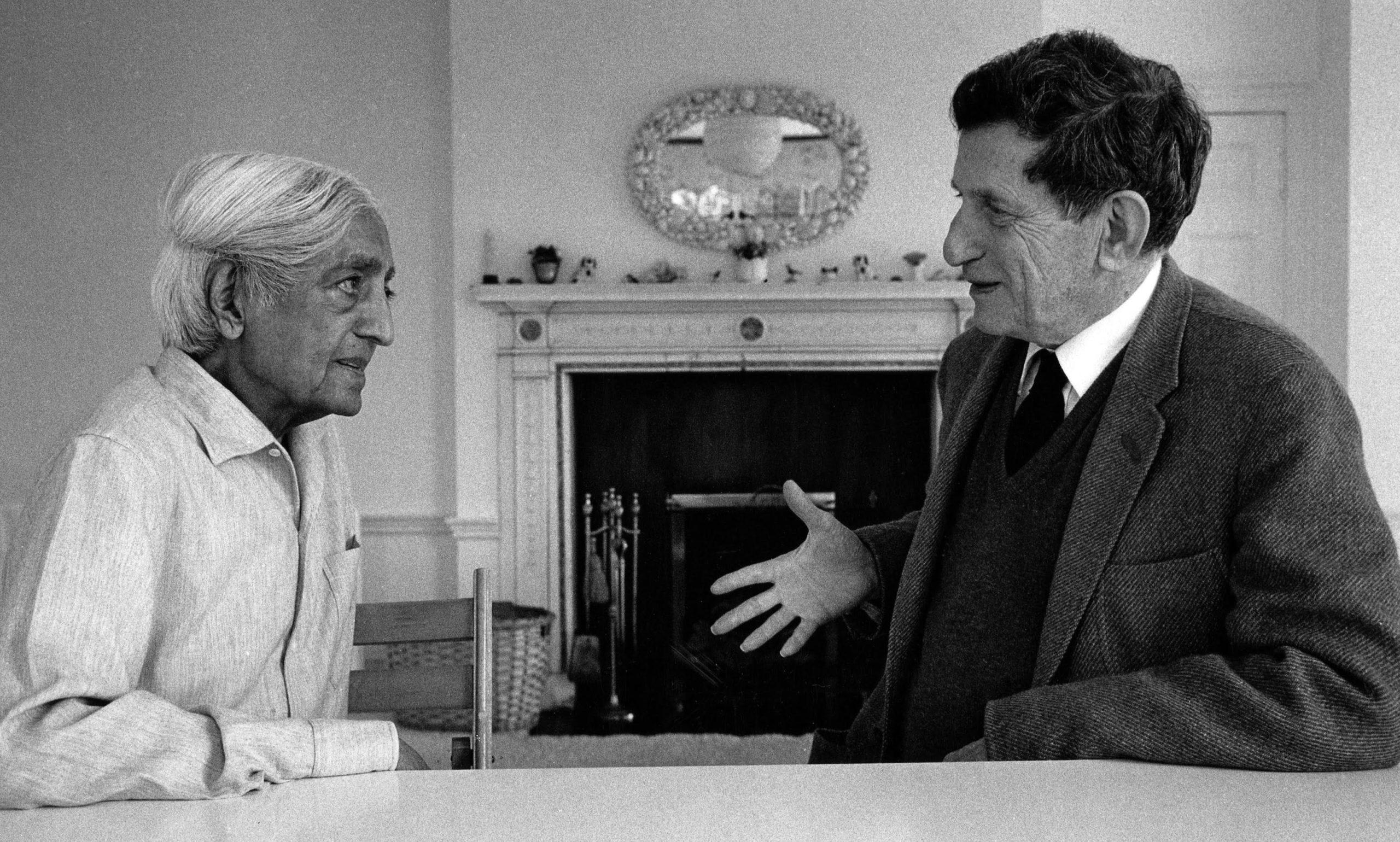 David Bohm in conversation with Indian philosopher and writer Jiddu Krishnamurti, with whom he had a twenty-five year relationship.